Whether you have diabetes or not, you still want to keep your blood sugar from spiking too high. Here’s how. 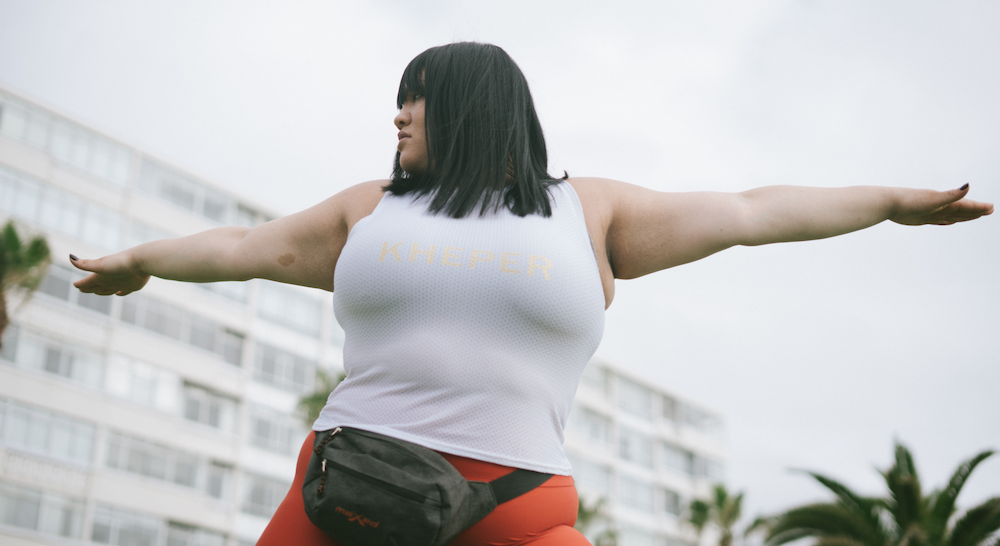 What do we mean when we talk about blood sugar “spiking”? Simply put, we’re saying that the food you’ve eaten has quickly turned to sugar (glucose) through digestion, and a lot of that glucose has suddenly hit your bloodstream. You might sense it as a “sugar high.” You’ll feel a bump in energy for a little while, but that’s often followed by a crash that leaves you exhausted. For those without diabetes, some blood sugar spikes may be unnoticeable, even if your body is busy metabolizing a build up of sugar in your blood. For those with diabetes, however, those upswings can be dangerous and put you at risk for hyperglycemia, or chronic high blood sugar, increasing the chances for heart disease, stroke, kidney failure, and blindness.

Let’s be clear: You can’t eliminate blood sugar ups and downs. You will see rises in your blood sugar after you eat as more glucose enters the bloodstream, and that’s perfectly normal. The key is to control them by making sure those spikes aren’t too dramatic. “Excessive spikes and less time spent in the normal range have the potential to increase the risk of diabetes, and speed up damage to the parts of the circulatory system that often come with the disease,” says Maziyar Saberi, PhD, a systems physiologist and January AI’s Chief Scientific Officer. You want gradual curves, not huge jumps. Your body is designed to control small spikes in blood sugar (the pancreas knows to get to work creating insulin, the hormone that moves glucose out of your blood and into your cells, where it’s converted to energy). But your delicate glucose management system can get overwhelmed if there’s more sugar than the body knows what to do with. The pancreas may not make enough insulin or the insulin it does produce can become less effective. To prevent this from happening, you want to focus on keeping blood sugar as stable as possible. The encouraging news: With a few basic eating and activity principles, plus some smart tips and hacks, you can start to manage your blood sugar and level your spikes. We’ll cover these in detail, but here’s a preview:

Now let’s unpack each idea, so you can put them to work as you make all those tiny lifestyle decisions that come up in your average day.

Your body needs carbohydrates (naturally occurring sugars, starches, and fiber) to survive, but they’re not all created equal when it comes to blood sugar. Some carbs contain simple sugars and get converted into glucose quickly, causing your blood sugar levels to shoot right up. The best way to make carbs a smarter part of your diet: Swap out the refined kind, like white bread and pasta, and high-sugar sweet treats, for complex carbs, like veggies, whole wheat bread, pasta, and grains, and whole fruit. You’ll notice that your blood sugar spikes will be less severe when you give your body more nutritious foods to work with.

Fill up on fiber

Fiber is a kind of carb, and yes, we did just tell you to limit those. “But fiber is the big exception to that rule,” says Saberi. Because it’s a type of carb the body can’t digest, he explains, “fibers slow down digestion, so blood sugar does not rise rapidly, which prevents massive glucose spikes.” Research has shown that when people dig into a plate loaded with high-fiber foods, their post-meal blood sugar levels don’t go as high as they do after a low-fiber feast. Women should aim for at least 28 grams daily while men should shoot for about 34 grams, according to the USDA 2020 Dietary Guidelines for Americans.

It’s logical: A small amount of a food, even one that’s heavy on the carbs, will turn into a small amount of glucose that your body can manage without much trouble. A much larger amount of the same food will send sugar into your bloodstream in a gush, which the cells may not be able to absorb quickly. The result is a spike, which may end with a crash (aka the “food coma” that follows a big meal). Getting familiar with the hand method of portioning can make it simple to right-size your servings at meals. The basic idea:

Intermittent fasting (IF) has become a buzzy diet approach in recent years. It can work a few ways: You eat within a window of 6 to 8 hours every day and fast for the rest of the time, or you alternate days of very restricted eating or complete fasting with days when you eat normally. No matter how you choose to schedule it, the goal is the same: Get fat cells to release stored fat for energy and so that you can lose weight when that fat gets burned. To understand the process, let’s back up and look at the role of insulin in blood sugar control.

That’s how a healthy metabolism works. But when insulin is chronically high, because of a poor diet or a condition called insulin resistance, your body never gets the message to tap into fat, stalling any weight loss efforts. Scientists have long known that insulin resistance has been shown to improve with calorie restriction and now researchers are learning what type of IF really works. One small 2018 study in the journal Cell Metabolism put a group of subjects on two different IF diets. One group ate from 7 am to 3 pm while the other ate from 7 am to 7 pm. While neither group lost weight over the course of the five-week study, the impact on their blood sugar levels was significant. The group that ate within an eight-hour window reported lower insulin levels and markedly improved insulin sensitivity compared those who spread their meals out over 12 hours. A word of caution: If you have diabetes, you should speak with your doctor before starting an IF routine; letting glucose dip too low could cause complications.

In order to keep each meal as stable for your blood sugar levels as possible, consider using the American Diabetes Association’s Plate Method: fill half your 9-inch plate with non-starchy vegetables (like broccoli or spinach), a quarter with protein (like fish or chicken), and the last quarter with carbs (focus on high-fiber, complex carbs like whole wheat pasta, quinoa, or barley). The protein and fiber-rich veggies will slow down the digestion of your carbs, so blood sugar hits your bloodstream at a pace your body can manage well.

Of course, food doesn’t always fall neatly into plate zones. What if you’re eating a friend’s casserole that’s a mix of all three categories, or a veggie pizza? This model still works if you mentally break the dish into its different components. For instance, on a pizza, the crust would be carbs, the veggie toppings would help you hit your veggie target, and the cheese would be the protein. Is it an exact science? No. But the goal is to use the plate method to help you ballpark it so you can see if you’re overloading in one area or skimping in another. If the main dish is low on veggies (only so many can fit on a pizza, for instance), add a side salad.

Eat carbs later in your meal

This one’s a little-known hack, but a good one. As we explain in the plate plan above, protein and vegetables high in fiber (as well as a little fat included with those) will help to slow the digestion of any starchy carbs you eat. You may get an even bigger benefit if you save your carbs for later in your meal, when your body already has plenty to work on, digestion-wise. So think about pushing off the bread basket until you’ve had plenty of chicken and broccoli, for example, or saving your potatoes (a starchy veg) for last.

Regular physical activity (the ADA recommends at least 150 minutes per week) can help with blood sugar control in a few important ways. Saberi explains the process this way: “Your overall goal is to clear excess glucose from the blood. This happens when insulin unlocks the cells so they can absorb glucose, or the body taps glucose that has been stored for future use. With insulin resistance and diabetes, insulin has to work overtime to push glucose in cells. Eventually this system is liable to fail. The good news is the body has a backdoor that uses a different key: muscle contraction.  Muscle contraction clears glucose without the need for insulin. In fact, exercise has a tremendous insulin sensitization effect and allows insulin to work better when you do need it.”

To get the most bang for your workout bucks, from a blood sugar perspective, time your sessions just right. According to the Cleveland Clinic, exercising soon after a meal (but not so soon that you feel nauseous!) can help control blood sugar levels. If you’re tracking your blood sugar levels with a continuous glucose monitor (CGM), you’ll be able to see the leveling effect of even a simple 10-minute walk. Dealing with diabetes? Talk to your healthcare professional about the best timing for exercise, and any new activity routines you want to start.

How to control blood sugar spikes?

There are 7 simple ways you can control blood sugar spikes:

Healthy foods, like most veggies and fruit, belong in every diet, and they’re also good at keeping your blood sugar levels stable. Fiber-rich foods and complex carbs help as well,  because they take longer to digest so they don’t trigger quick spikes like sugar. Here, 10 foods to keep on your list:

How to prevent blood sugar spikes?

Small blood sugar spikes are totally normal. In fact, it’s natural for your levels to rise in the hour or two after you eat as your body responds to the new influx of sugar in your bloodstream. The goal is to make sure those are small little waves, not major floods. To control blood sugar spikes, you first need to understand what foods spike your blood sugar. Simple sugars (found in most processed foods) will definitely cause bigger spikes, while healthier options are likely to lead to less noticeable upswings. Using a CGM is one smart way to track this. Everyone responds to food differently and some foods can spike blood sugar without you even noticing it. A real-time glucose reading lets you see how your body responds after you eat or exercise, so you can focus your food choices on what keeps you steady, and avoid what spikes your blood sugar.

The Top 7 Risk Factors for Prediabetes and Type 2 Diabetes

The Link Between Diabetes and Blood Sugar

What is “Time in Range” and Why is it Important for Metabolic Health?

Why Glucose Monitoring May Be the Key to Losing Weight